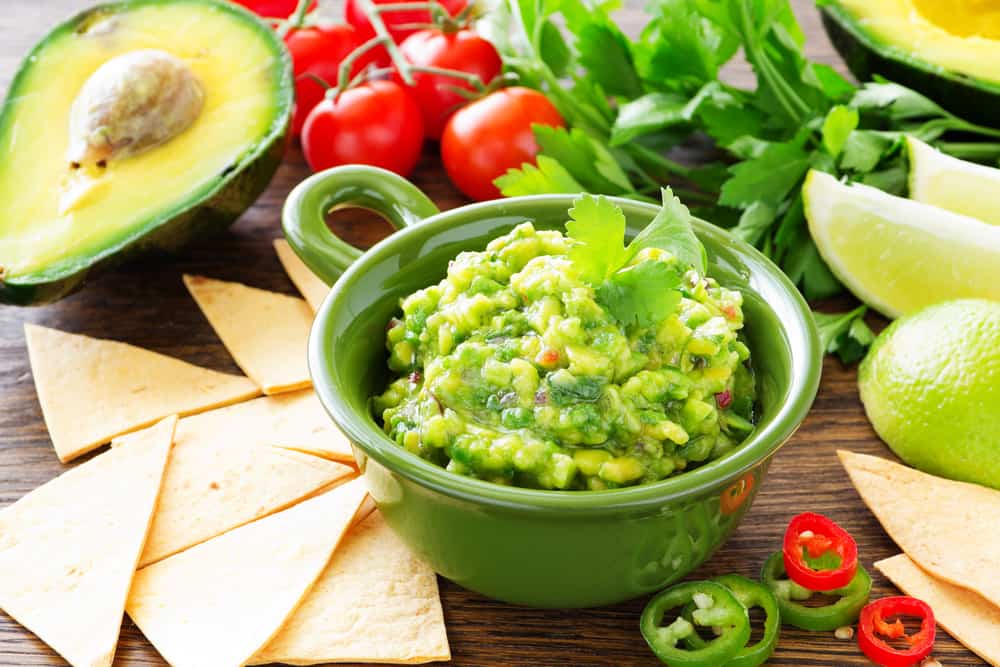 Dips are an absolute essential at any picnic, dinner party or family movie night.  Fun to make and even more fun to munch!  RealSimple.com shares these dipping delights for your next get-together.

Directions:
Heat oven to 400° F. Squeeze the spinach between paper towels to remove excess moisture. In a medium bowl, combine the spinach, artichokes, cream cheese, sour cream, and Cheddar. Season with the salt and pepper.  Scrape the mixture into a small oven-safe baking dish. Bake until lightly golden and heated through, about 15 minutes. Serve warm with the chips or bread and the lemon wedges, if desired.

Directions:
In a large bowl, combine the onion, jalapeño, cilantro, 3/4 teaspoon salt, and 1/2 teaspoon pepper. Using the back of a fork, mash the vegetables until they begin to release their juices.  Add the avocados and lime juice and stir to combine.  This recipe makes 2 cups.

Directions:
Melt the butter in a large skillet over medium-low heat. Add the onions and ½ teaspoon salt and cook, stirring occasionally, until deep golden brown, 30 to 35 minutes. Remove from heat and let cool.  In a medium bowl, mix together the onions, cream cheese, sour cream, chives, ¼ teaspoon salt, and ⅛ teaspoon pepper. Serve with the chips.

Directions:
In a medium bowl, combine the tomatoes, bell pepper, cucumber, onion, vinegar, oil, and 1/4 teaspoon each salt and pepper. Serve with the dippers.

Directions:
Scoop the avocados out of their skins and place in a food processor.  Add the cilantro, sour cream, lime juice, jalapeño, 1 teaspoon salt, and 1/4 teaspoon pepper and blend until smooth. Serve with the vegetables.

Directions:
In a medium bowl, beat the cream cheese, horseradish, milk, and 1/4 teaspoon salt until fluffy. Stir in the dill. Serve with the dippers.